Tendonitis - How to Fix It

Tendonitis – How to Fix It

Tendonitis – How to Fix It

In a previous blog post we talked about what leads to the onset of tendonitis and tendonitis like symptoms.  If you missed it, check it out here. So, the next question becomes, what can we do once we develop tendonitis?

Many people feel that you should “just push through it,” thinking it will get better eventually with time, but that isn’t necessarily the case.  Although the experience of pain is often benign, if no modifications are made to allow the tendon to properly recover, it can leave you with the choice of stopping the activity you love or having to live with pain and longer recovery periods.

What can be done instead?

Well, to illustrate, let’s talk about the city of Tendonia.  As you may remember from our previous blog post. Tendonia is a super cool city that is protected by a well fortified brick wall.  Since the city is so awesome, all the surrounding territories want to conquer it and claim it as their own, so they attack it day and night trying to try break down the wall and invade the city.

Now, if you were the mayor of the Tendonia, what would be the most obvious first step that you would take to protect your wall, give your masons time to rebuild the damaged sections, and keep the city safe?  Well, you would probably agree that the first step would be to push back the enemy forces.  This would give the needed time to make the above mentioned 3 things happen.  If the armies were allowed to attack without interruption for long periods of time, the wall would eventually break all the way down, and then the city would be in trouble.  However, as long as you can keep the opposing armies at bay, the masons can do their work and wall can be restored to its former strength and glory. 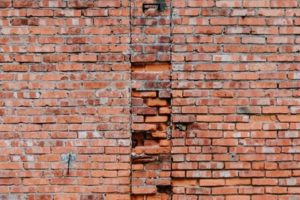 In the same sense, if you want to allow your tendon to rebuild and heal from the damage you inflict on it throughout daily life, you need to, at least temporarily, reduce the pressure put on the tendon.  This may mean reducing activity for a short period of time to allow the healing and rebuilding to occur.  This may be difficult, especially if what irritates the tendon is something that we have to do for our job or our daily activities.  This is where a capable professional, such as a PT can help.  They can identify aggravating factors, as well as, ways to accomplish what you need to do while at the same time reducing stress on the tendon.

Back to full strength….or better!

After a period of rest though, you can and should, get back to using the tendon to its full capacity, but this must be done in a graded manner.  Once the tendon tissue has calmed down, placing very gradual stress on it facilitates good adaptations. 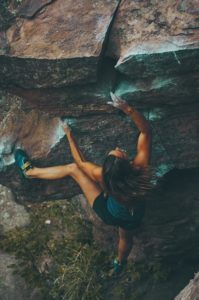 Little did the opposing armies know it, but their daily attacks on Tendonia actually help make the brick wall stronger.  You see, when the armies attack, they always look for the weakest bricks and then they destroy those.  Then when the masons come out at night to repair the walls, they put in brand new, study bricks and fresh mortar.  This leaves the wall stronger than before the armies had attacked.  When we add graded stress to the tendon over time it creates beneficial adaptations that often leave it with a greater ability to withstand forces than what it could prior to the injury.  This however takes a lot of time and frequent monitoring of progress.

A physical therapist can also assist you through this phase, allowing you to achieve optimal tendon strength and resilience for quicker return to what you need, or just want, to do.  If you are currently having tendonitis like symptoms reach out to your primary care provider, or trusted movement professional (Physical Therapist or highly skilled Strength Coach).  They can conduct a thorough movement analysis to determine what needs to be done and develop a plan to get you back in the battle.

We have one more important question to answer, though.  How can we decrease the chances of developing tendonitis in the first place?  We’ll discuss that in part III of our tendonitis series in our next blog post.